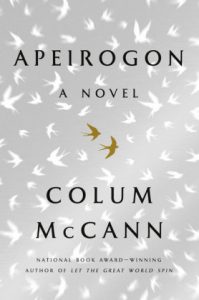 the novel of a lifetime about two men and their daughters: divided by conflict, yet united in grief. new york times bestseller and book of the year by the guardian and waterstones etc

bassam aramin is palestinian. rami elhanan is israeli. they inhabit a world of conflict that colors every aspect of their lives, from the roads they are allowed to drive on to the schools their children attend to the checkpoints, both physical and emotional, they must negotiate.
but their lives, however circumscribed, are upended one after the other: first, rami’s thirteen-year-old daughter, smadar, becomes the victim of suicide bombers; a decade later, bassam’s ten-year-old daughter, abir, is killed by a rubber bullet. rami and bassam had been raised to hate one another. and yet, when they learn of each other’s stories, they recognize the loss that connects them. together they attempt to use their grief as a weapon for peace-and with their one small act, start to permeate what has for generations seemed an impermeable conflict.

in this epic novel – named for a shape with a countably infinite number of sides – colum mccann crosses centuries and continents, stitching time, art, history, nature and politics into a tapestry of friendship, love, loss and belonging. musical, muscular, delicate and soaring, apeirogon is the novel for our times.

this extraordinary novel is the fruit of a seed planted when the novelist colum mccann met the real bassam and rami on a trip with the non-profit organization narrative 4. mccann was moved by their willingness to share their stories with the world, by their hope that if they could see themselves in one another, perhaps others could too.

colum mccann, originally from dublin, ireland, is the author of six novels and two collections of stories. his most recent novel, the new york times bestseller let the great world spin, won the national book award, the international impac dublin literary award and several other major international awards. his fiction has been published in thirty-five languages. he lives in new york.